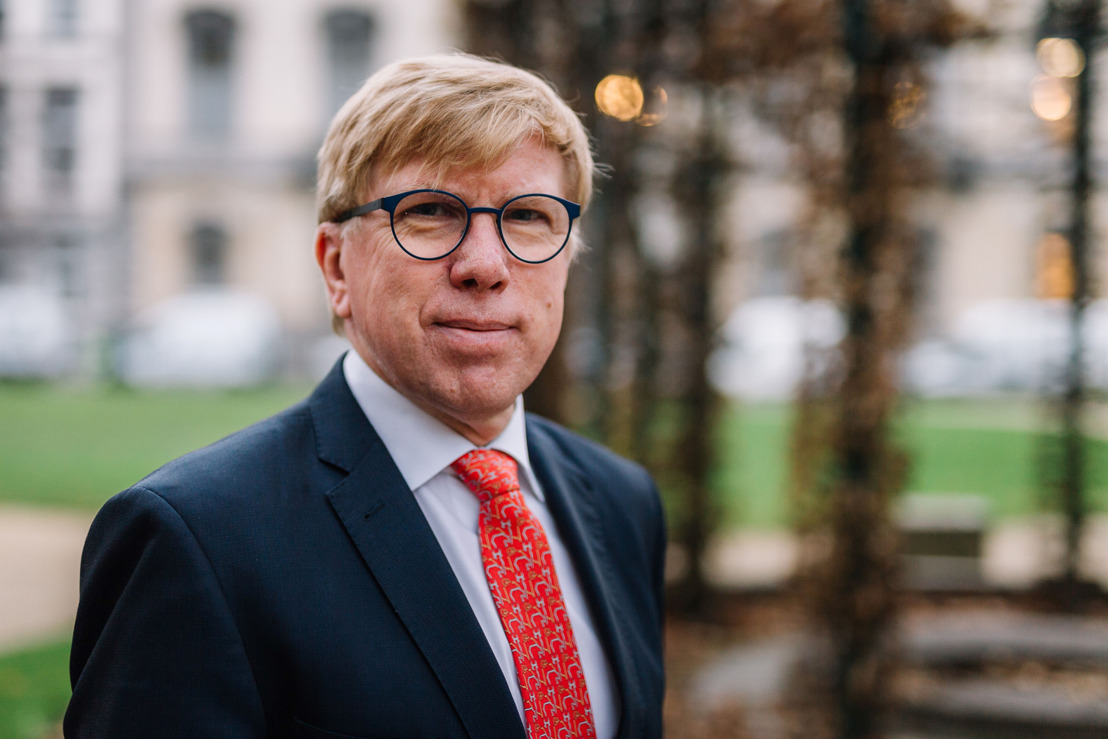 Thursday, October 21, 2021 — Early July, the board of directors of Degroof Petercam decided to propose to appoint internal candidate Hugo Lasat - in charge of the asset management entity DPAM (Degroof Petercam Asset Management) - at the position of Chief Executive Officer of the group.

The supervisory authorities having confirmed the 'fit & proper' character of Hugo Lasat, the Board of Directors of the Degroof Petercam group has today co-opted Hugo Lasat as executive board member and appointed him as CEO of Degroof Petercam with immediate effect.

Bruno Colmant will continue to devote himself fully to the private banking activities as Head of Private Banking.

The Board of DPAM confirmed its decision to entrust Peter De Coensel with the function of CEO of the company as of today and has appointed Hugo Lasat as Chairman.

Hugo Lasat was born in Etterbeek in 1964. He holds a Master’s degree in Economics and a Master after Master's degree in Finance from KU Leuven Campus Brussel. He started his career in 1986 at Arthur Andersen & Co and relies on more than 30 years of experience in the financial sector (Bacob Bank, AG Asset Management, Paribas Asset Management, Banque Paribas Belgium, Cordius Asset Management, Amonis, Candriam and Dexia Group). In 2011, he joined Petercam as a partner and head of Petercam Institutional Asset Management. In 2016, following the merger between Degroof and Petercam, he took over the management of DPAM as CEO. Hugo Lasat is a visiting professor at KU Leuven Campus Brussel and is a director of Baloise Holding as well as a member of several non-profit organizations.

Peter De Coensel started his career in 1991 at ING Belgium (formerly BBL) where he served as a market maker in Belgian government bonds. By 1994, he focused on European government bond trading for ABN Amro and CDC Paris. He was active as a hedge fund manager at Commodities Corporation which was taken over by Goldman Sachs Asset Management. In 2000, he returned to Belgium to work as a financial markets strategy consultant for IBM and Capco. He became the fund manager of credit funds and segregated mandates at Capital@Work in 2005. Peter joined Petercam in 2009 as a fund manager. He is currently CIO Fixed Income and member of the board of directors of DPAM. Peter De Coensel gained a master's degree in applied economic sciences at the Catholic University of Leuven (KU Leuven) and holds a postgraduate degree from University of Brussels (ULB) where he majored in European economics.

Degroof Petercam is a reference financial institution with a history dating back to 1871. As an independent group owned by family shareholders with a long term commitment, we serve private and institutional investors.

Our clients benefit from a unique combination of services in private banking, institutional asset management, investment banking (corporate finance and financial intermediation) and asset services. The total clients assets (under management, under administration and in custody) amounts to 75 billion euro.

Headquartered in Brussels, we employ more than 1,400 professionals through offices in Belgium, Luxembourg, France, Switzerland, Spain, The Netherlands, Germany and Italy.